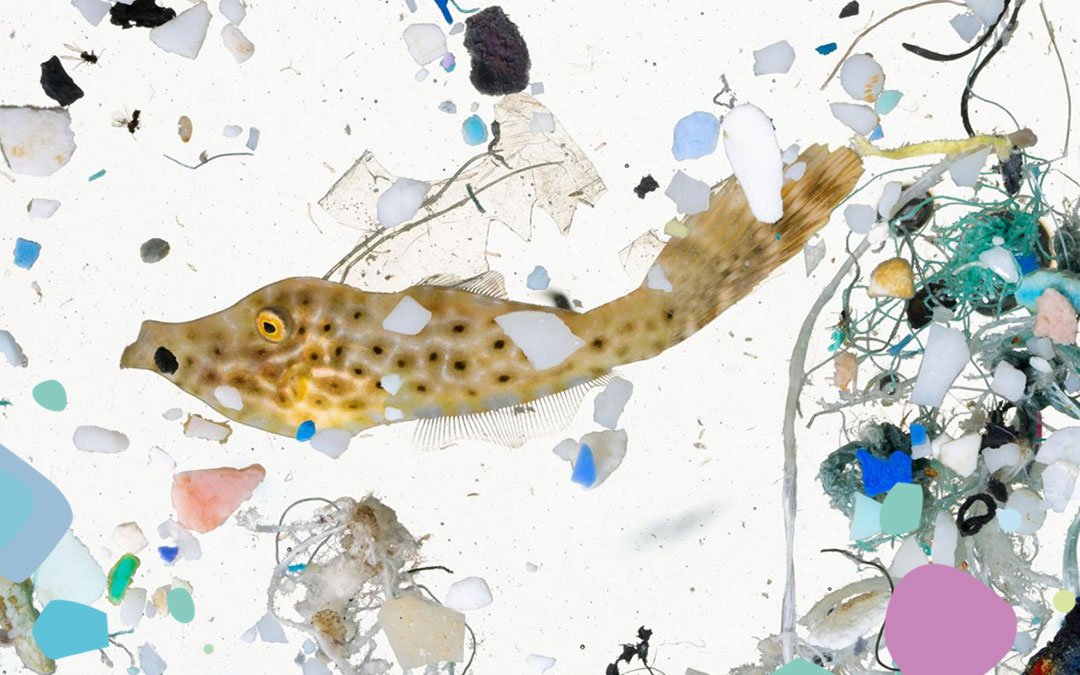 As much as 12.7 million tonnes of plastic ends up in the ocean every year and whilst some of it is obvious, not all plastic in the ocean is visible to the naked eye. Microplastics are very small pieces of plastic that come from a variety of sources, including larger plastic pieces that have broken apart, resin pellets used for plastic manufacturing, or in the form of microbeads, which are small, manufactured plastic beads used as exfoliants in some health and beauty products. By definition, microplastics are not a specific kind of plastic, but rather any type of plastic fragment that is less than five millimetres in length, down to 100 nanometers in diameter, according to the U.S. National Oceanic and Atmospheric Administration.

Microplastics are filling the seas and working their way into the creatures that live in them. That means that these ocean microplastics are entering the food chain and ultimately our bodies. It’s not just fish and shellfish where researchers are finding microplastics. A portion of consumer-grade mussels in Europe could contain about 90 microplastics. It is estimated that avid mussel eaters might eat up to 11,000 microplastics a year. It’s harder to know how many microplastics we might be consuming from fish. Most studies to date have only analysed the stomach and gut content of these organisms, which are usually removed prior to consumption. But one study has found microplastics in fish liver, suggesting particles can get from digestive tissues to other body parts.

Microplastics have also been found in canned fish, beer, honey, tap water and even just the air. Another marine food source of microplastics is sea salt. One kilogram can contain over 600 microplastics. If you only eat the maximum daily intake of 5 grams of salt, this would mean you would typically consume three microplastics a day. It’s not surprising then that microplastics have been found in human stools. The small study examined eight participants from Europe, Japan and Russia. All of their stool samples were found to contain microplastic particles. Up to nine different plastics were found out of 10 varieties tested for, in particles of sizes ranging from 50 to 500 micrometres. Polypropylene and polyethylene terephthalate were the plastics most commonly found. Different plastics absorb contaminants and disease-causing microbes differently and can have different toxic effects, so scientists are still working to determine long term effects of consuming microplastics. 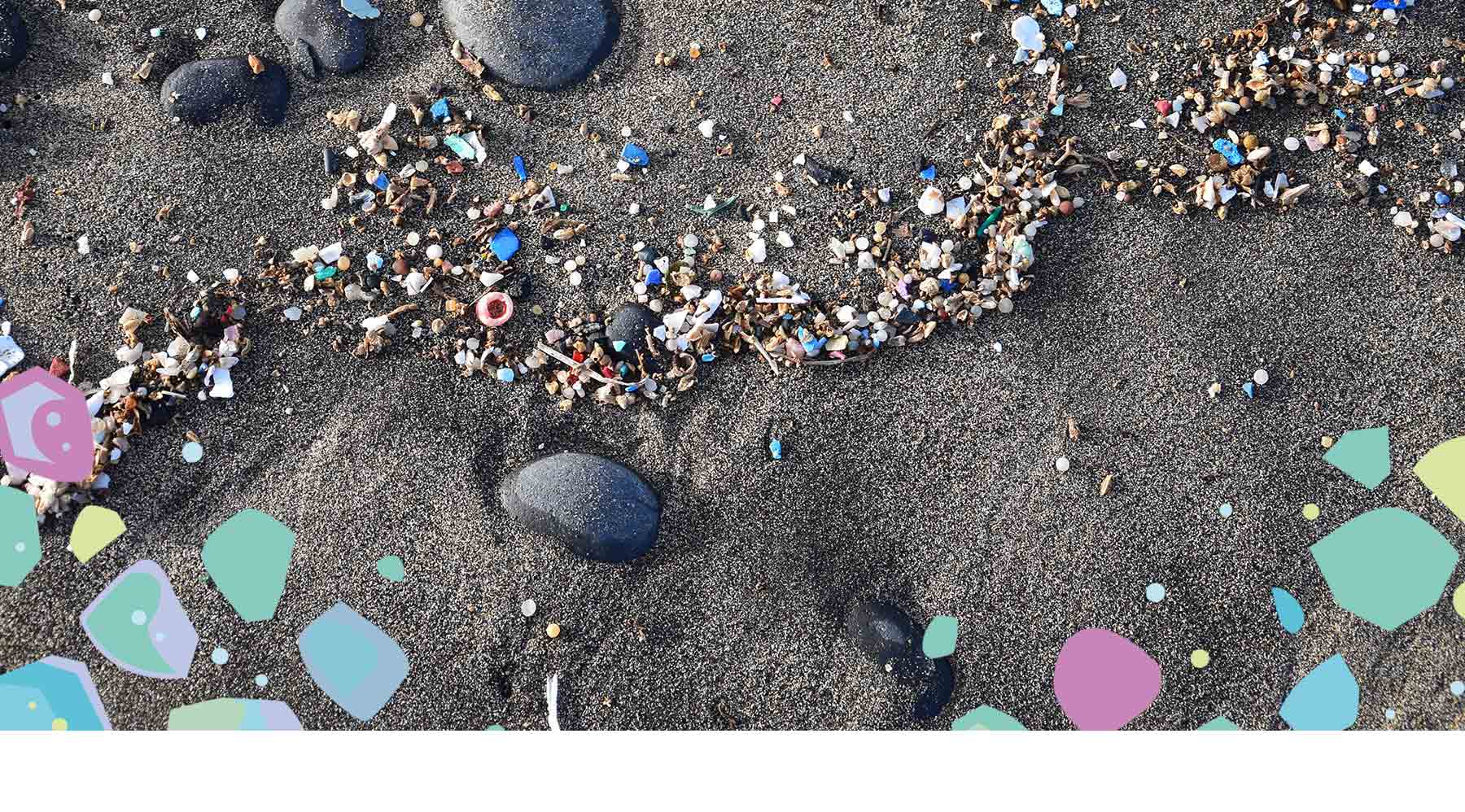 MICROPLASTICS IN THE OCEAN

A recent study found that baby sea turtles are dying by ingesting tiny pieces of plastic that cause intestinal blockage or nutritional deficiency. Another study, from 2017, found that small fish like anchovies are eating microplastic but possibly surviving long enough to be eaten by larger predators. That’s a problem since plastics, and their associated chemical contaminants could build up in the bodies of larger fish. David Liittschwager photographed a series of images showing plankton navigating their way through microplastics for National Geographic. He wrote, “To me, it’s a little shocking how much is in relatively small samples.” Last July, Liittschwager accompanied scientists sampling waters off the coasts of Hawaii, where currents converge to form slicks full of plankton. Using nets, they scooped 400 cubic meters of surface water into simple five-gallon buckets and hauled it back to a lab on Hawaii’s Big Island and the results were staggering. There is more microplastic in the ocean than there are stars in the milky way. 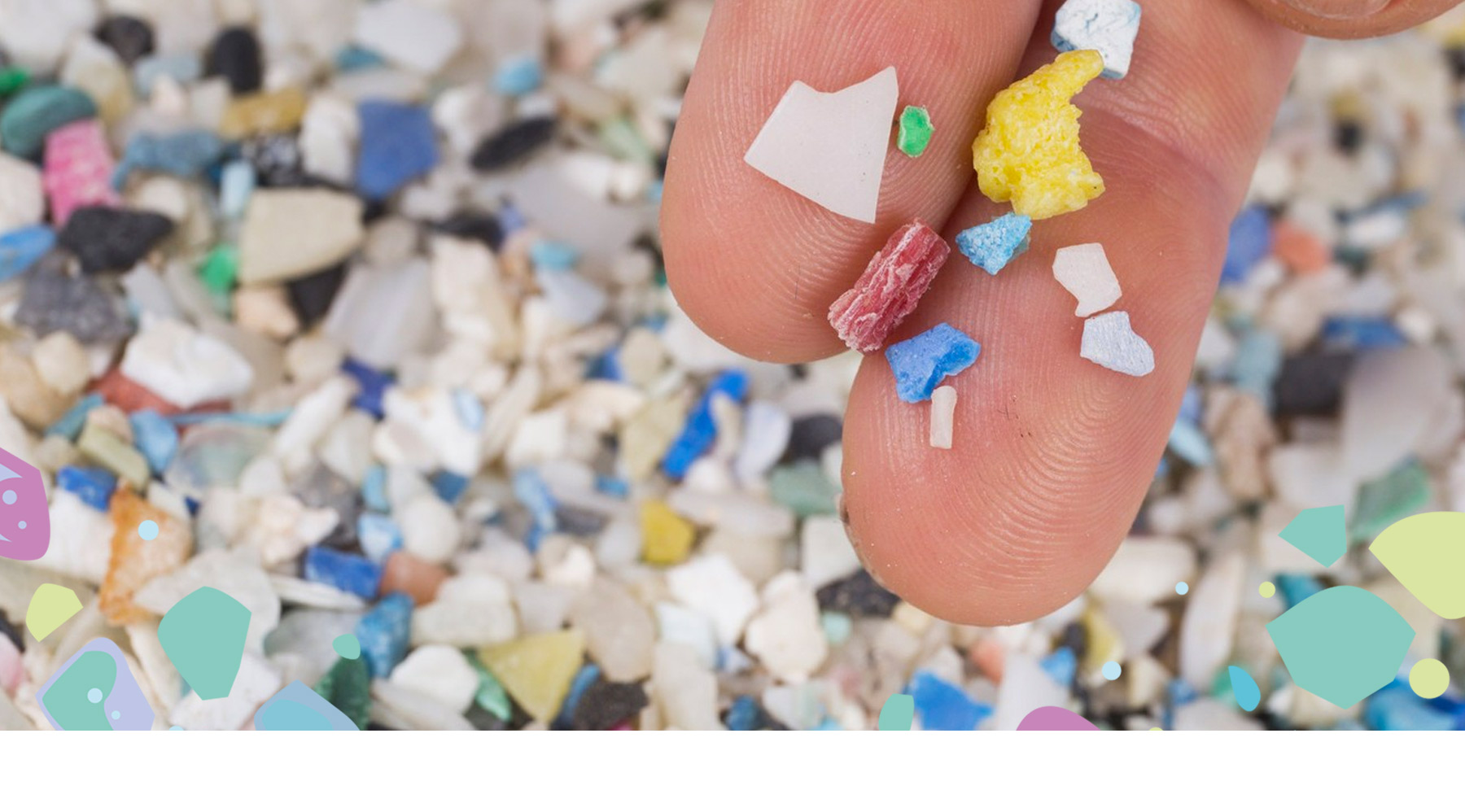 A NOTE ABOUT OXO-DEGRADABLE PLASTICS

Oxo-degradable products, recently banned in Europe, are made by adding specific additives to traditional petroleum-based plastic. The additives are based on chemical catalysts, containing transition metals such as cobalt, manganese, iron etc. These cause fragmentation as a result of chemical oxidation of the plastic’s polymer chains triggered by UV irradiation or heat exposure. These degraded products may be invisible to the naked eye, but they still end up causing irreparable harm to the environment. As they can’t be filtered out by water systems, these microplastics invariably enter the food chain. Conclusive evidence has yet to be presented that these fragments fully biodegrade. Not surprisingly, many believe these oxo plastics are worse for the environment than traditional plastics. Oxo-degradable plastics should not be confused with bioplastics.

WHY BONNIE BIO ARE DIFFERENT

Bonnie Bio’s certified compostable products are different. When our products break down, they breakdown consistently with other natural materials. At Bonnie Bio, we’re proud to say that our biobased certified compostable and biodegradable plastic alternatives have been manufactured to comply with the international standards EN 13432, AS 5810, ASTM D6400, ASTM D6868 and carry the DIN CERTCO, CE, FDA and Seedling logos. We are the only company in South Africa to have international certifications.

To shop our range of certified compostable and biodegradable products, please click here.